I’m breaking my usual schedule of a post per month. Because everything.

Hail, rainfall, drought: under the law, these are often known as “Acts of God.” I suppose not too surprising in a country that continues (wrongly, in my view: send your mail to barbara@darbylegal.ca) to endorse God as a supreme constitutional value:

Interestingly, the supremacy of God was not part of the original constitutional document, but is in the 1982 amendment that brought us the Charter, guaranteeing freedom of conscience and religion.

The only references to “God” I could find from the Constitution of 1867 were to the electoral districts in Ontario’s Huron county, “Town of Goderich and the Townships of Goderich, Tuckersmith, Stanley, Hay, Usborne, and Stephen.”

In this time of a pandemic, I got to thinking about “Acts of God” and how we might be confronting a time when we need to amend our understanding of them.

This is part of what I hope will be a series of posts on the idea of “Acts of God.”

In the Great Frozen Potato Case of 1921, Pleet v. Canadian Northern Quebec R. Co. a load of potatoes was shipped from Quebec to Ontario. Upon arrival, they were frozen. Not in the good, frozen, hashbrown, fries, deep and delicious McCain’s way, but frozen as in unusable.

Said the Learned Trial Judge, the plaintiff did not make out his case:

I find that the potatoes were not frozen when shipped or when inspected at St. Jerome. Between the morning of the 15th and the morning of the 19th, it is certain that they (the potatoes) were badly damaged by frost. Just when in the interval the damage was done, it is, I think, impossible to conclude, except as a matter of probability.

The case gets into the—I don’t know—moral character of potatoes? The defendants argued that potatoes are susceptible to frost:

the potatoes were, by their nature, particularly susceptible to damage by frost, and that the damage occurred by reason of this “proper vice” in the potatoes.

The defendant also argued that this was an Act of God that they had no control over. This is a contractual exemption that is probably in your insurance contract. A carrier of goods has liability as follows:

A common carrier of goods is an insurer against all accidents except the act of God and the King’s enemies; where the goods are lost, destroyed, or damaged by an operation of nature to which no man contributed, the loss is an act of God—that climatic changes of temperature, decay and deterioration from the inherent nature of the goods are operations of nature and acts of God as well as storms, lightning, and tempests.

We don’t really focus on the acts of the King’s enemies, but likely now it is described as an act of war or terrorism.

In other words, these are forces

due to natural causes directly and exclusively, without human intervention, and that it could not have been prevented by any amount of foresight and pains and care reasonably to be expected from him.

In other words, it is

Ok, so if I fail to attend Court because Idris Elba showed up and offered to take me to lunch, surely this too is an “irresistible act of nature” that I have no skills to resist, right? By the way, he’s tested positive for the virus.

My main question: as we gather more and more science about human-caused climate change, and contemplate how human actions are contributing to pandemics, fires, floods because we’ve so radically changed how we deal collectively with food security, environmental protection, and good sense, how long can we claim that what used to be known as an “Act of God,” is actually, on the basis of evidence, due to human action and not something over which we have no control?

Back to the potatoes. The appeal was successful, because the Court of Appeal found that the Defendant had failed to show that it took reasonable measures to maintain Potato Integrity, by having the best type of railway car, by having regular inspections, and maintaining oil lamps for heating the contents at a suitable level. Appeal to the Supreme Court of Canada dismissed.

Fun fact: this is known in law as the potato “Goldilocks” level: not too low nor too high but just right.

Here, 500 bushels of cabbages and potatoes, value $500, were shipped from Saskatchewan to Winnipeg in December 1917. The goods showed up early Saturday morning. The plaintiff’s daughter called the carrier and she spoke to someone in “the freight department.” She claimed that the freight personnel told her nothing could be done until Monday and that the goods would “be all right” until then. When the vegetables were finally inspected on Tuesday, the goods were frozen.

The Court rejected the daughter’s evidence, because she was not speaking to someone with authority to make a commitment by the carrier, and she forgot to get his name. For this reason, the Court said the Plaintiff should have picked up the veggies on Saturday and so couldn’t blame the carrier that they froze sometime after that.

One wonders if the Plaintiff had called himself, or his son had called, there might be a different outcome? A woman conducting business in 1917 would not likely have been that typical.

For those following along at home, I note that further potato/Act of God caselaw extends back to the British case of Howell v Coupland (1876), 1 QBD 258 (CA). A disease attacked the 200 ton potato crop, so that the Defendant could only deliver 79 tons. The Plaintiff claimed against the Defendant farmer for the balance. This case was determined on the basis that the contract has been “frustrated”:

… by the simple and obvious construction of the agreement both parties understood and agreed, that there should be a condition implied that before the time for the performance of the contract the potatoes should be, or should have been, in existence, and should still be existing when the time came for the performance. They had been in existence, and had been destroyed by causes over which the defendant, the contractor, had no control, and it became impossible for him to perform his contract; and, according to the condition which the parties had understood should be in the contract, he was excused from the performance. It was not an absolute contract of delivery under all circumstances, but a contract to deliver so many potatoes, of a particular kind, grown on a specific place, if deliverable from that place. On the facts the condition did arise and the performance was excused. …

So profound, really. And complicated and philosophical. The case contemplates the meaning of the existence of potatoes, that when we contract for them, we all assume that we can reliably demonstrate that they exist. When they don’t exist, by reasons for which we have no control, we can’t be blamed. See also Mr. Potato Head and Philosophy.

Although I could, I won’t grate on about the implications of Ismail v. Polish Ocean Lines, [1976] 1 Q.B. 893, in which a load of potatoes and the doctrine of “estoppel by conduct” was discussed.

Finally, by the way, McCain successful (mostly) sued CNR and others for breaches of potato shipping etiquette in McCain Produce Co. Ltd. v. Everyone,

For a few months in 1976/77, McCain shipped hundreds of railcar loads of potatoes to St. John and Halifax for export. Faced with multiple claims and hundreds of pages of evidence, the Trial Judge indicates that “it would be physically and intellectually impossible” to address everything in detail, “aside from the factor of time available.”

These potatoes, too, arrived at the ports frozen. The McCain witnesses were granted enhanced credibility with respect to matters potato-related, the carrier’s witnesses being “without knowledge of potatoes except generally.” 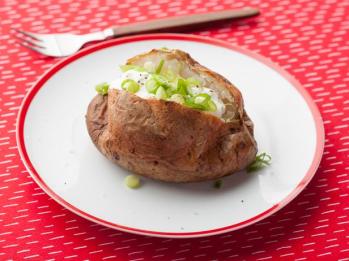 Stay tuned for future posts about the caselaw of lentils, grains, and grapes.